What does “apostle” mean?

We often read words and have a vague idea what they mean but we aren’t clear about it and just rush on. That’s surely true about the word “apostle”. Just what is an apostle and what is the significance of that title? It’s important and today’s devotional will explain. God bless you.

“Only once is apostle used of all the disciples of Jesus indiscriminately, namely in John 13:16, where Jesus says after washing the feet of the Twelve, ‘I tell you the truth, no servant is greater than his master, nor is a messenger (apostolos) greater than the one who sent him.’ In this general sense we are all apostles, because we are all messengers or ambassadors of Christ sent out into the world with the message of the gospel, sharing together the apostolic mission of the church (cf. Jn 17:18; 20:21).

“Three or four times we read in the New Testament of ‘apostles of the churches.’ These were messengers sent out by a particular church on a particular mission, as Epaphroditus was the Philippians’ ‘apostle’ (‘messenger’; Phil 2:25), and as certain brothers were ‘representatives (apostoloi) of the churches’ (2 Cor 8:23). We would probably call them ‘missionaries’ or ‘mission partners.’

“The overwhelming use of apostle in the New Testament, however, is in relation to the Twelve, whom Jesus himself named apostles (Lk6:13), and to whom certainly Paul and probably James were later added. They were not ‘apostles of the churches’ but ‘apostles of Christ.’ They were a unique group with the following three characteristics.

·        They had been personally chosen, called and appointed directly by Jesus Christ, not by any human being or institution.

·        They were eyewitnesses of the historical Jesus — either of his public ministry for three years (e.g., Mk 3:14; Jn 15:27) or at least witnesses of his resurrection (e.g., Acts 1:21-22). ‘Am I not an apostle?’ writes Paul later in 1 Corinthians (9:1), and adds immediately the supplementary question, ‘Have I not see Jesus our Lord?’ And in the list of resurrection appearances that Paul gives in chapter 15 he writes, ‘Last of all he appeared to me also, as to one abnormally born. For I am the least of the apostles’ (15:8-9).

·        They were promised a special inspiration of the Spirit of truth, who would both remind them of what Jesus had taught them (Jn 15:25-26) and supplement it as he would lead them ‘into all truth’ (16:12-15). These great promises were fulfilled in the writing of the New Testament.

“It is extremely important to maintain these three apostolic characteristics that gave the apostles their unique authority and qualified them for their unique ministry as scribes of the New Testament. Theological liberals are brash enough to say, ‘That was Paul’s opinion; this is mine.’ Or, ‘He was a first-century witness to Christ; I am a twenty-first-century witness to Christ.’ Or, ‘We wrote the Bible, so we can rewrite it.’

“So then…we shall not….behave as if we thought the New Testament were a collection of the fallible opinions of fallible human beings. We shall rather put ourselves humbly under its authority, and listen attentively to what God has to say to us through His Word.” [John R. W. Stott, Basic Christian Leadership, (Downers Grove, IL: InterVarsity Press, 2002), p. 18-20] 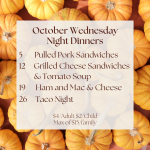 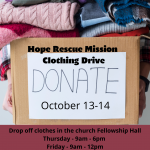 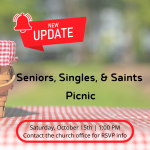