The impact of Christ!

Dear Friends,
Have you begun to hear the Christmas music? I have and I must confess
that I love it. It is also further proof of Christ’s amazing influence.
While we virtually ignore the birth of such great Americans as George
Washington and Abraham Lincoln, we rejoice in His birth year after year.
Of course they were mere men and we are celebrating God’s taking a human
nature to Himself to redeem us! All that further shows how great He
truly is, as today’s attached devotional, not by a preacher, but by a
respected historian shows. God bless you!

“This Jesus of Nazareth, without money and arms, conquered more millions than Alexander, Caesar, Mohammed, and Napoleon; without science and learning, He shed more light on things human and divine than all philosophers and scholars combined; without the eloquence of schools, He spoke such words of life as were never spoken before or since, and produced effects which lie beyond the reach of orator or poet; without writing a single line, He set more pens in motion, and furnished these for more sermons, orations, discussions, learned volumes, works of art, and songs of praise than the whole army of great men of ancient and modern times.” [Philip Schaff, The Person of Christ, (New York: American Tract Society, 1913), p. 22] 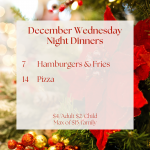 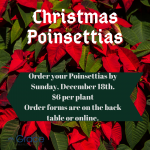