The danger of delay!

Dear Friends,
Do you know someone who is thinking seriously about becoming a Christian but gives all sorts of reasons to put it off? What can you say to them? Today’s devotional will give you some ammunition. God bless you.

“This is the only gospel that you will ever hear; the last train is about to start. If you do not go by that, there is no other that will carry you to heaven; ‘for there is none other name under heaven given among men, whereby we must be saved.’ The gospel will never change its character. Are any of you waiting till it does, like the countryman who said he would cross the river when all the water had run by? There will never be any easier way to heaven than there is at this moment. I verily believe that some people, by delay, make the road to heaven harder for themselves than it would otherwise be. If they are ultimately saved, it is more difficult for them to trust to Christ when they have been long delaying. Even mercy seems sometimes to act like Benjamin Franklin did when a man came into his shop to buy a book, but wasted the bookseller’s time by his foolish delay. The man asked, ‘What is the price of this book, sir?’ ‘Four shillings,’ said Franklin. ‘It is rather dear,’ said the man; “I will not take it.’ He waited about ten minutes, and then he asked, ‘What now, really, will you take for that book?’ ‘Five shillings,’ said Franklin. ‘No,’ said the customer, ‘you asked only four shillings just now.’ Franklin replied, ‘Sir, you have taken up ten minutes of my time attending; to you, so that makes the price of the book one shilling more; it is five shillings now; but if you do not buy it quickly, it will be more.’ There was some common sense in that mode of dealing; and you will truly find, in spiritual matters, that there is nothing gained by delay, but there is increased sin, increased hardness of heart, and even an increased difficulty in yielding the soul to Christ.” [Charles Haddon Spurgeon, The Metropolitan Tabernacle Pulpit XLV, (London: Passmore and Alabaster, 1899), p. 405-406] 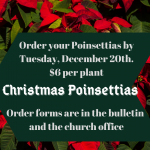 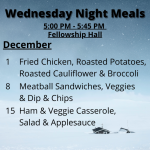 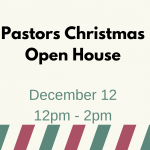