Dear Friends,
Too many people rush through a chapter or so of the Bible a day and then breathe a sigh saying, “I’ve done my duty for the day!” Have you? As someone once said, “It’s not how many times that you’ve been through the Bible that counts, but how many times the Bible has been through you!” Have you been missing vital truths you need to live for Christ by just skimming through the Bible rather than studying and meditating on God’s Book? Today’s devotional will give you an example of what is meant. God bless you.

“If people are not made in the image of God, the pessimistic, realistic humanist is right: the human race is indeed an abnormal wart on the smooth face of a silent and meaningless universe. In this setting, abortion, infanticide, and euthanasia (including the killing of mentally deranged criminals, the severely handicapped, or the elderly who are an economic burden) are completely logical. Any person can be obliterated for what society at one moment thinks of as its own social or economic good. Without the Bible and without the revelation in Christ (which is only told to us in the Bible) there it nothing to stand between us and our children and the eventual acceptance of the monstrous inhumanities of the age.” [The Complete Works of Francis A. Schaeffer V, (Wheaton, IL: Crossway Books, 1982), p. 405-406] 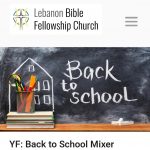 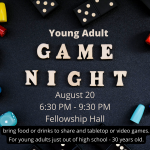