A good wife but a fatal flaw!

Dear Friends,
Some time back I sent out a devotional in which Ronald Reagan
rhapsodized about the joy his marriage to Nancy had brought him. Today’s
attached devotional deals with what kind of wife she was. It will serve
as an example for each wife who reads this. But though she was a great
wife, because she did not profess to be a Christian their wonderful love
story ended when he died. Sad. Will you and your spouse love each other
through eternity? God bless you.

“Nancy was the love of his (Ronald Reagan’s) life, his most trusted friend and advisor, the one who never let him down. He often spoke about how much he needed her by his side. Away from her on the road, he wrote, ‘I’m all hollow without you.'” [Bret Baier with Catherine Whitney, Three Days in Moscow: Ronald Reagan and the Fall of the Soviet Empire, (New York: William Morrow, 2018), p. 206 (c)] 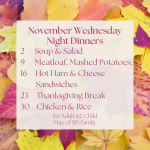 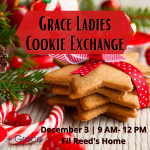